No plan is an island – establishing the Helsinki Open Schooling Network

Themes of future, interdisciplinarity, languages and narratives in education were discussed at the first official Helsinki Open Schooling Network (HOSN) meeting, last September. Experts from different fields and backgrounds meet up and brainstormed lots of interesting ideas. Among those a special one emerged and was explored in depth: a science course module on the topic of carbon neutrality and the city of the future.

Over last spring, the Helsinki FEDORA team had worked hardly to recruit a diverse group of 12 experts into what would become the HOSN. Alongside the Helsinki FEDORA team it includes policymakers, researchers, university educators, teachers and one principal. They were initially invited to reflect on newest FEDORA materials on the ‘three blind spots’ and then meet at the first official meeting on 10th of September 2021. Although it was originally planned as a full-day workshop in the idyllic Helsinki archipelago, just as ferry timetables were matched with plans for the workshop, the regional covid rates began climbing, and an online seminar was agreed on instead.

A large number of ideas came up and after the meeting was concluded, the implementing teacher partners stayed to collect them and reflect on the existing practical constraints. Through this discussion, as we anticipated at the start of this article, a final idea started to take shape: an upper-secondary science course module centred on the topic of carbon neutrality and the city of the future. Planning this module is now underway, with the full HOSN commenting on the developing plans. The module will include experts coaching students to make sense of the complexity of topics like sustainability, energy transitions, urban planning and science-technology-society interactions. It will utilise future-oriented pedagogies developed within the I SEE project. As befits the complexity of the topic of the course, the process of its development has been nonlinear, with the diverse composition of the HOSN providing an environment for collaborative creativity.

The first lesson will take place in early February. Until then, the implementing teachers and the FEDORA team will be dedicatedly expanding on the current plans.

We can say that, despite the challenges of the pandemic era, the network has been successful so far. Based on this experience, it seems that ‘no plan is an island, entire of itself’...

Stay tuned to hear more about our plans for teaching the young to imagine and contribute to creating the city of the future!

FEDORA, Future-oriented Science Education to enhance Responsibility and Engagement in the society of acceleration and uncertainty, is a 3-year EU-funded project. It started in September 2020 and will deploy its activities until August 2023. It gathers 6 partner institutions from 5 European countries.
Privacy and Cookie Policy 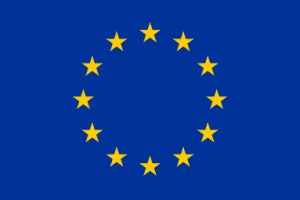 FEDORA has received funding from the European Union’s Horizon 2020 Research and Innovation Programme under Grant Agreement no. 872841
We use cookies on our website to give you the most relevant experience by remembering your preferences and repeat visits. By clicking “Accept All”, you consent to the use of ALL the cookies. However, you may visit "Cookie Settings" to provide a controlled consent.
Privacy and Cookie Policy
Cookie SettingsAccept All
Manage consent